What is Red Barrel?

“Red Barrel is not just a wine and spirits store. Red Barrel is an experience, it’s love and passion for good drinking but especially, it’s sharing! Sharing our passion with old and new friends, with curious people, with newcomers and with everyone who wants to know and enjoy themselves, feeling comfortable in a young, extrovert, welcoming and cool place.

Our mission is to create a wine community in Nuremberg that lives through a friendly store with a complete and wide offer.

Wine, Spirits and Friends, is more than just a motto, it’s our philosophy.”

“We can actually say that the name Red Barrel came automatically. We wanted something that identified who we are and that transmitted right away our passion to the world.

Red because red wine is what has formed us as Winelovers and Barrel because barrels are key elements for great quality products, giving wines and some spritis a particular flavor and a unique aroma. Additionally, the barrels represent patience, longevity and indirectly also a long term vision which are traits that define us as a couple and as professionals.”

How were the logo, identity and values of Red Barrel born?

“This was possible thanks to two friends, Luis and Ángela who were with us since Red Barrel was just a dream, a newborn idea.

Together we managed to capture the true soul of Red Barrel and connect it with the cool urban side of Nuremberg and transforming it all into a graphic concept.

Red Barrel is inspired in iconic places of Nuremberg such as its subway stations and their signs, the old phone booths, the cultural and artistic move, the worn down streets of the south part, the industrial area, Gostenhof and other characteristic corners in which you can really breath the true essence of the city. Let’s say that Red Barrel is the expression and representation of a deep, extravagant, hipster Nuremberg which is different but tied to it’s roots… in two words: Traditionally Urban.

The logo itself was insipired in a mix of Futura typography, found all around the city, and the characteristics of a barrel: shape, material, simplicity in the object and of course, the tap that you find in barrels to let the wine flow.” 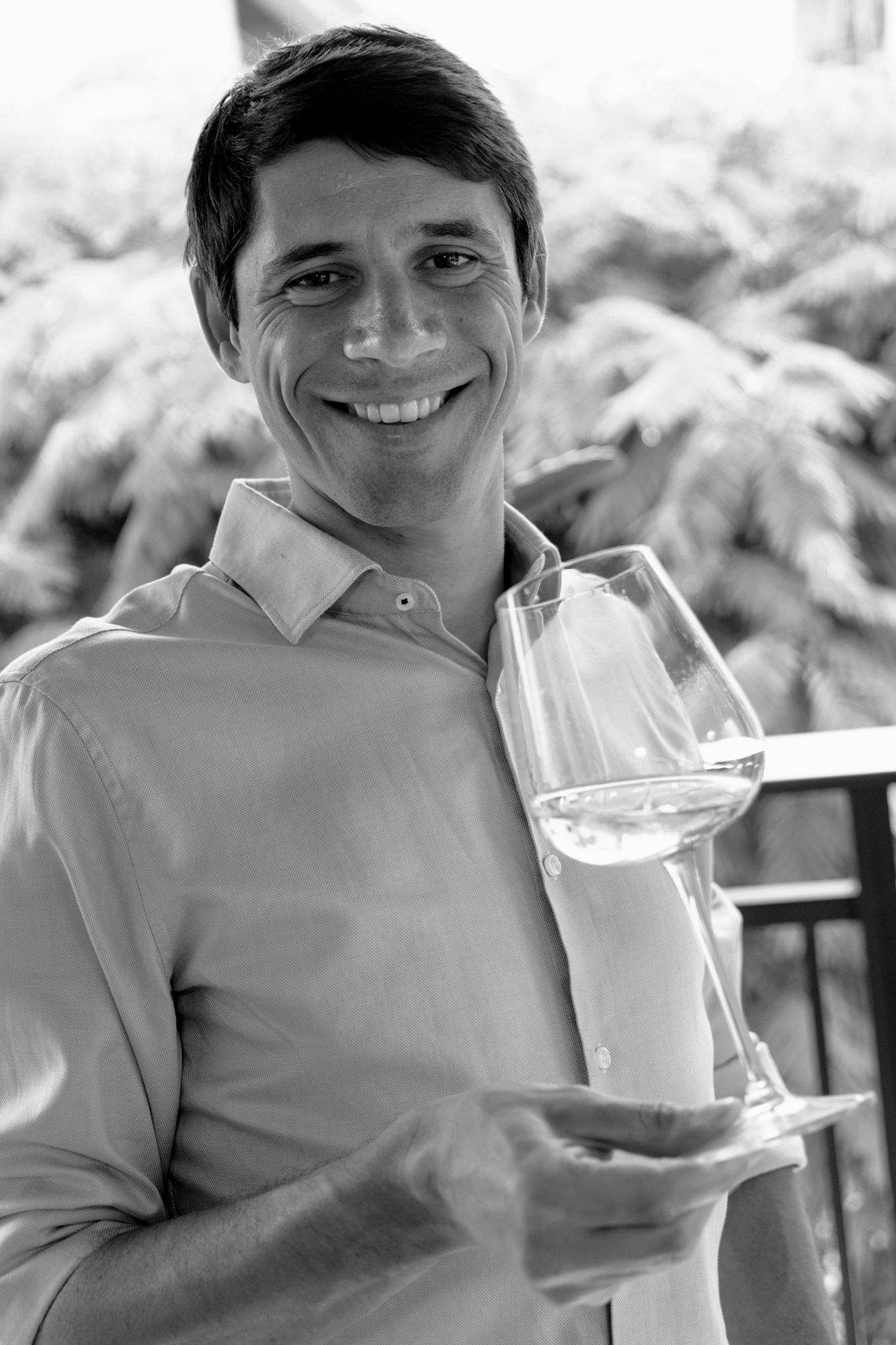 Francesco was born in Narni, a charming italian town located in Umbria. As a good italian, he loves good food and good wine. He has lived in many different places; in addition to Italy, he also lived in Santiago de Compostela, Barcelona, Panama and in the last years in Nuremberg. All of these experiences have enriched his taste and interest for different types of wine and grapes around the world. This passion, together with his professional experience in marketing, market research and business administration have led him to follow his curiosity, taking many different courses and classes on the topic and eventually to open Red Barrel.

“There is a phrase I saw once that I really love: Life is too short not to eat and drink well”. 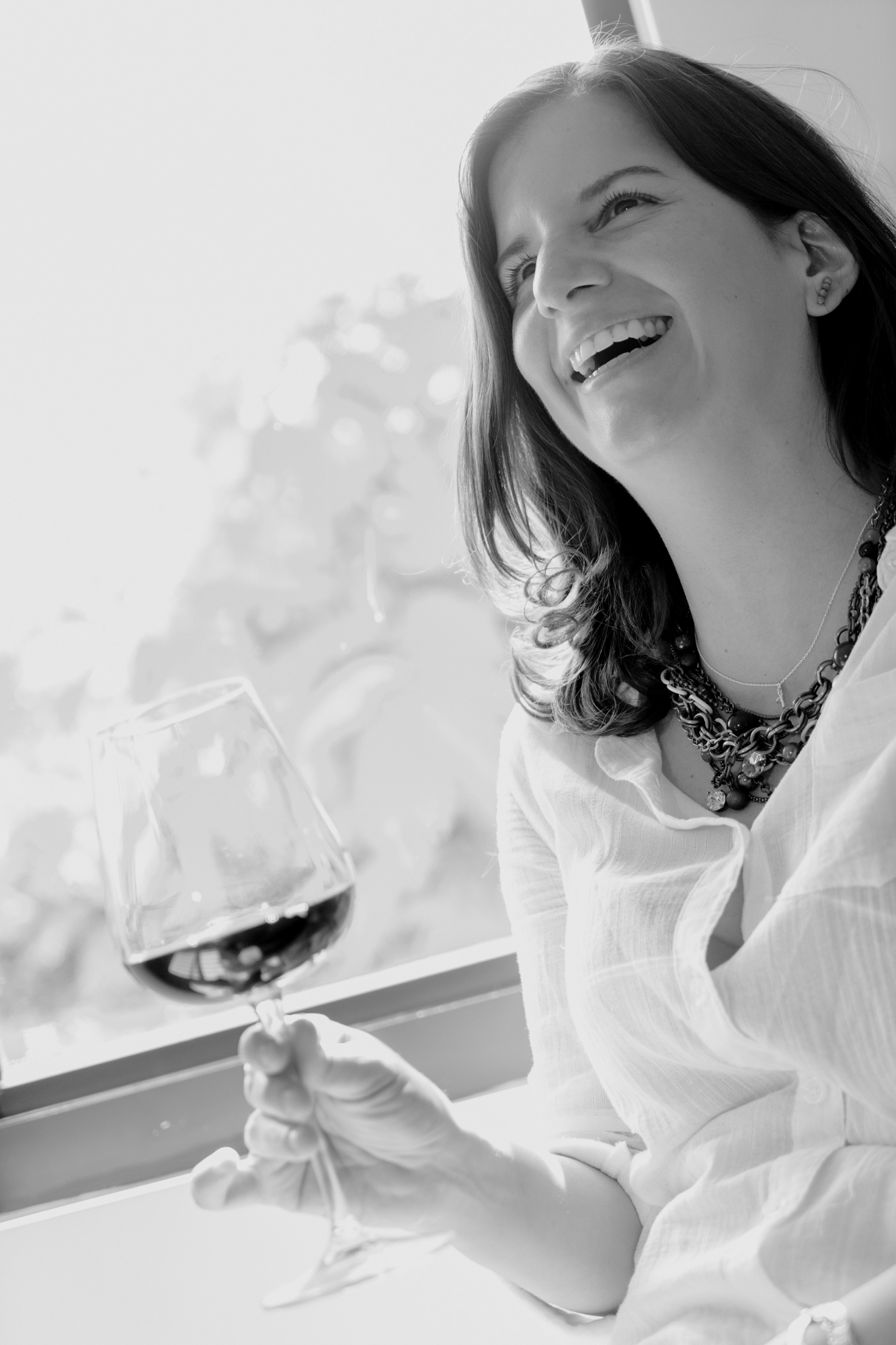 Laura has always had a passion for red wines, specially strong, tannin aged wines. If they come from La Rioja even better.

Her wine preferences have been heavily influenced by her father, from the Basque country in Spain, and by Francesco from Umbria in Italy, who introduced her to a wider variety of wines, specially Italian of course. Now, living in Germany, some white wines have made their way into her heart as well.

“Opening Red Barrel is a dream come true. I have expanded my knowledge and passion for wines, and I am lucky enough to call this part of my job!”